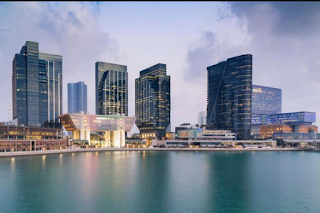 The Prime Minister and Ruler of Dubai, Sheikh Mohammed Bin Rashid has announced today, Tuesday 21st May 2019,  a permanent residency system that will benefit investors, especially property investors and professionals in the health, science, art and engineering fields.

This is a welcome development as foreign professionals were wearied with the 2-3year visa renewal system with no hope for a longer or permanent resident visa in sight.

“We launched today a permanent resident system named ‘Golden Card’ in the UAE. It is a permanent residency for investors and for exceptional workers in the fields of health, engineering, science and art.
The first batch of Golden Card permanent residence holders will be 6,800 investors whose investments total Dh100 billion.
Throughout history, the UAE opened its door to millions of people looking to pursue their dreams and better their lives. The Golden Card is our way to welcome all those seeking to be a part of the UAE’s success story and making it a second home,”
Sheikh Mohammed said.
Typically, foreign residents have renewable visas that are valid for two or three years and often tied to their employment. However, last year the government announced plans to reform its visa policies.
It pledged to open up the system to allow five and 10-year visas for sought-after professionals and academics and for long-term investors.
The permanent residency programme set out on Tuesday goes one step further than this.